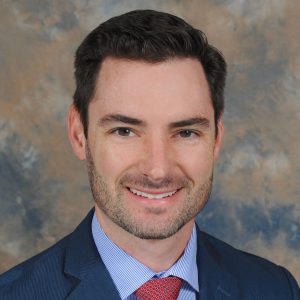 Dr. Consolo practices general adult urology with a special interest in minimally-invasive surgical approaches to the treatment of malignant and benign conditions of the urinary tract. He is experienced in performing robot-assisted surgery including radical prostatectomy, radical nephrectomy and partial nephrectomy using the DaVinci robotic system. He also has particular interest in caring for men with voiding issues related to benign prostatic enlargement. Dr. Consolo is the recipient of numerous awards, scholarships and publications and has presented his research at several national academic meetings including the American Urological Association, the Society of Urodynamics, Female Pelvic Medicine and Urogenital Reconstruction and the Annual Clinical Assembly of Osteopathic Surgeons. In addition, he is a Clinical Assistant Professor of Surgery at Western University of Health Sciences.

Dr. Consolo is an avid golfer and enjoys spending time outdoors. He lives in Claremont with his wife, Calina, who is a nurse practitioner.